More machines for Farming Simulator 2013. This section contains all versions of the iconic models of the Volga automobile VAZ-2107 (Lada/Lada/seven).

This rear-wheel drive four-door sedan produced since 1982 and to this day, could not help but draw attention to themselves. The vehicle is based on VAZ 2105 and is the luxury version, a kind of exclusive. In new Lada added more chrome, headlights added brutality, the cabin appeared more electronics.

In former times this machine has earned in the southern republics of the former USSR called "Russian Mercedes", because of its distinctive appearance.

On our site you can download VAZ 2107 for Farming Simulator 2013 free of charge and without registration. We have checked all the fashion bugs and viruses. Nice driving! 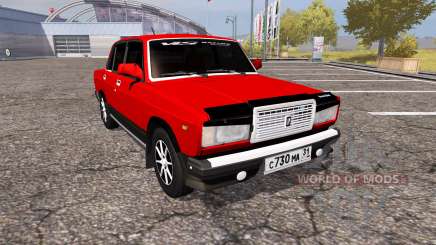 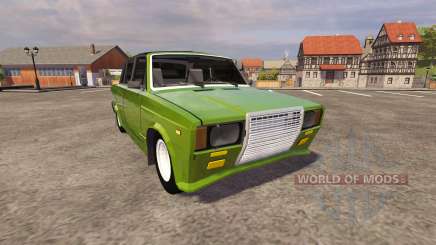 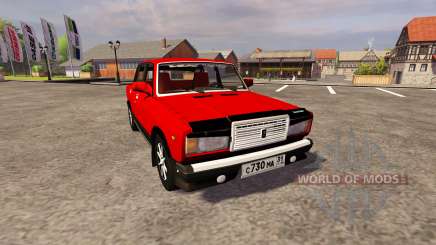 Specially for you we have collected the show model VAZ 2107 for FS 2013. Choose the model and click download VAZ 2107 for Farming Simulator 2013 very free. All mods tested on buggy and viruses.
↑