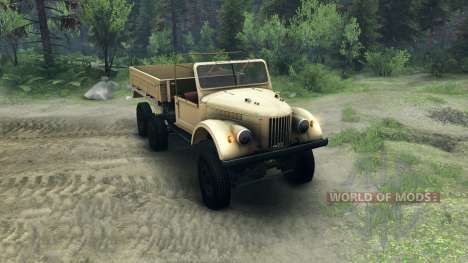 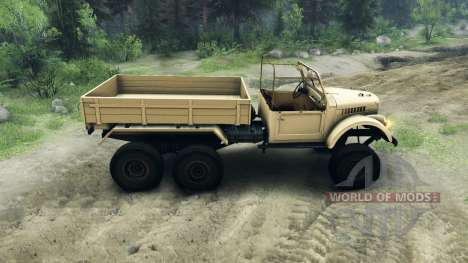 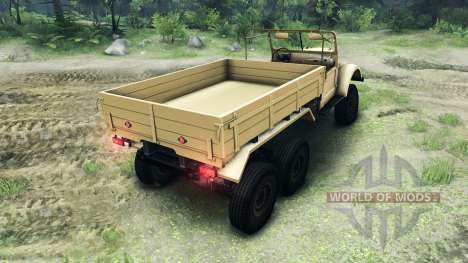 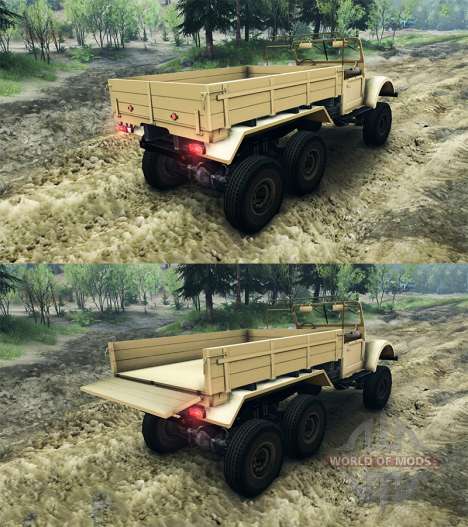 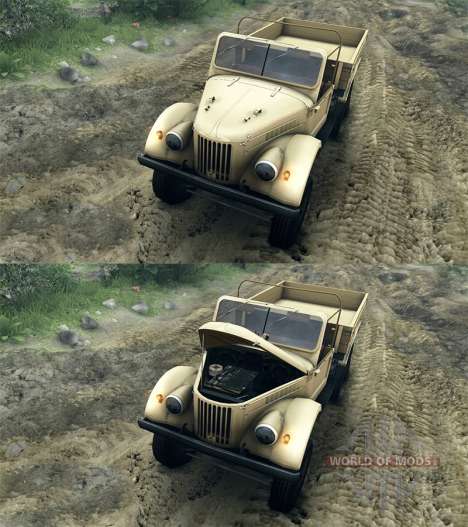 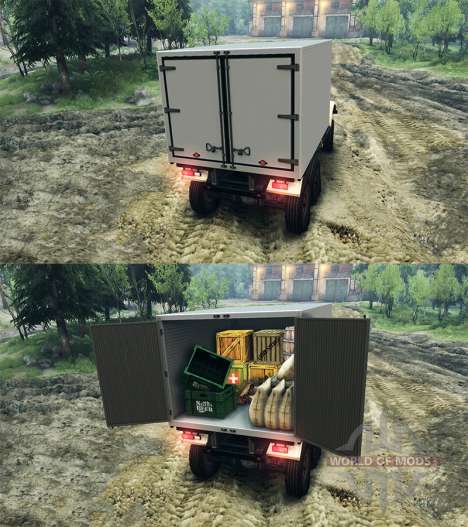 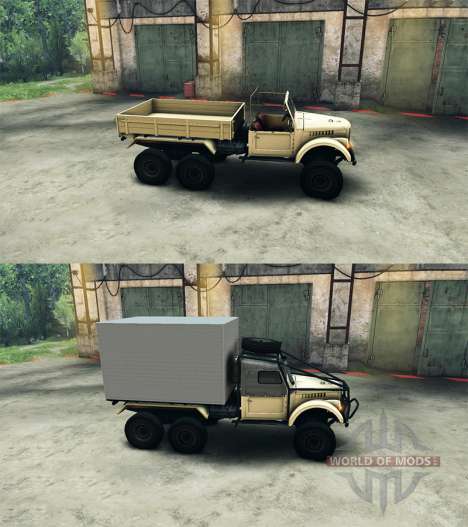 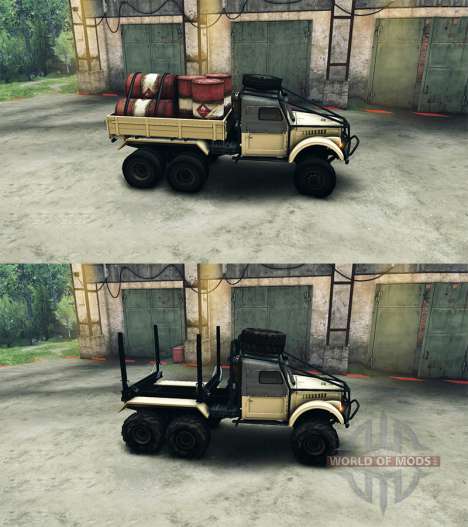 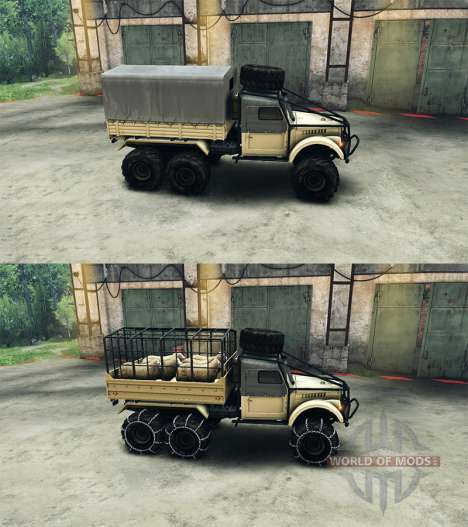 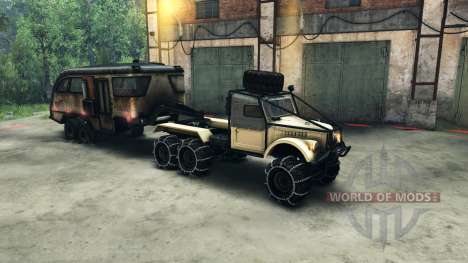 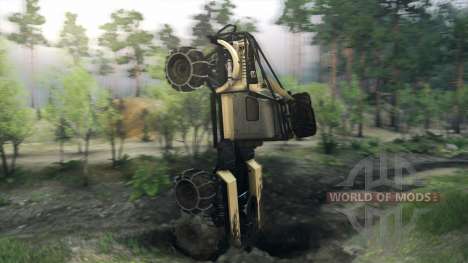 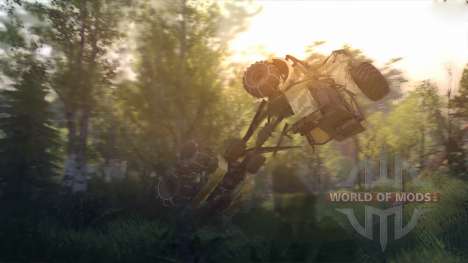 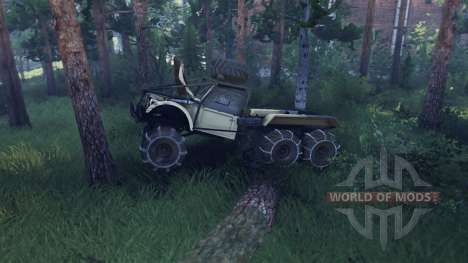 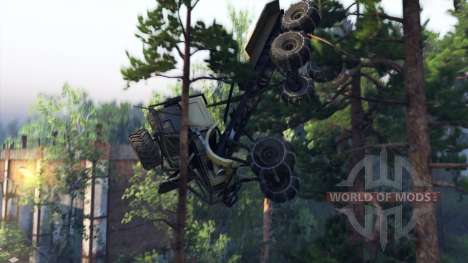 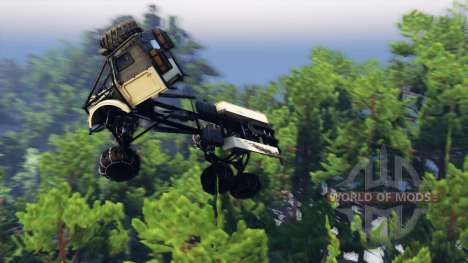 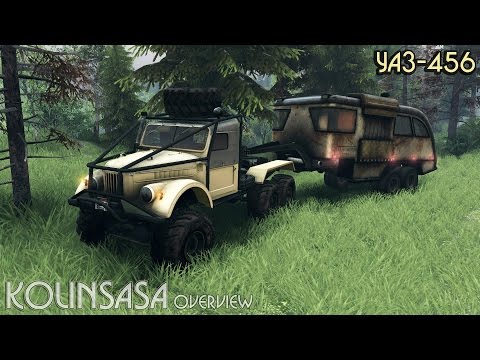 UAZ-456 for Spintires 2014. Now you have in Spintires 2014 will appear UAZ-456 which was released back in the Soviet years and is a Prime mover. Hardly you saw, but now you can try it out on the roads in the game. Don't look at the large file size, author of fashion with the model of the machine was to add a bunch of Addons in the form of wheels, reinforced cabins, several new bodies and even about repair parts are not forgotten. Also I liked the one body in the form of cells with the sheep which you want to carry.