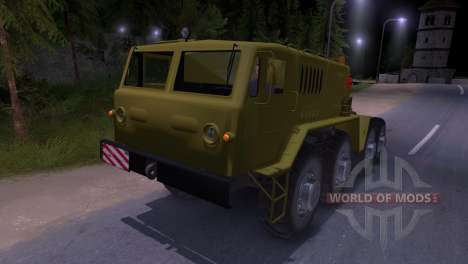 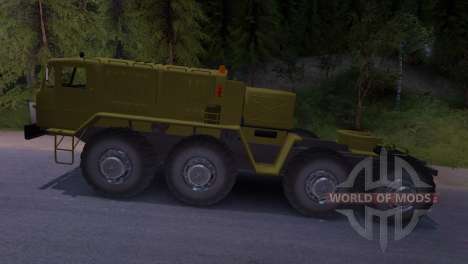 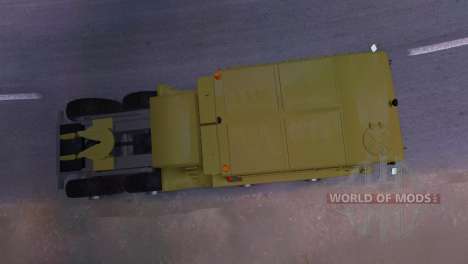 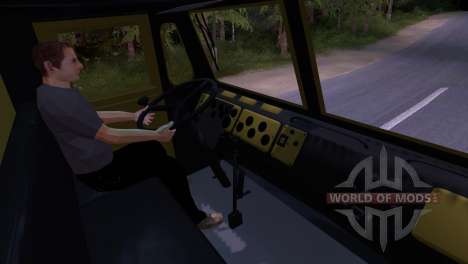 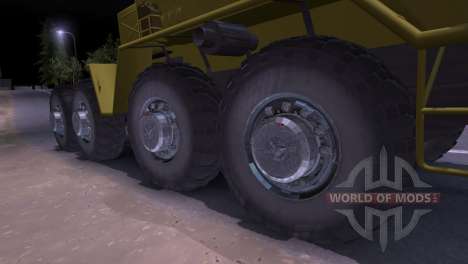 In Kurgan the first tractor MAZ-537 was assembled from Minsk nodes in December 1963, and its serial production at the new production area, we managed to start only after a year. Simultaneously with this event on vehicles were modernized ceased Assembly of previous machines A and B. The final transfer production models 537 from Minsk in Kurgan took place in 1965, but at first all the work on organization of output of unusual and highly complex production has passed extremely difficult. Among the main reasons were underdeveloped production structure of the vehicles were modernized, the lack of experience of development of the technologies of mass production, the lack of work and design personnel. All this led to poor build quality and low reliability of earlier releases, and much of the delay in the introduction of the modernized.

The first tractors MAZ-537 Kurgan Assembly with the same load on the coupling device (25 tons) was no different from machines gathered until then to Minsk automobile plant, but usually were equipped with only two headlights. They were also used for towing of trailers weighing up to 65 tons in the composition of trains weighing up to 90 tons and maximum speed of 60 km/H. the Cars were equipped with 48-valve diesel DA-525 V12 power 525 PS with direct fuel injection, plunger pump NC-10 and circulating lubrication dry sump, hydromechanical 3-speed automatic transmission and a two-stage transfer box. At transition in heavy road conditions, the second reduction gearing it is switched on only when you stop the tractor and engine is off. From the transfer case torque is supplied on two inter-axle wagon gearbox with built-in self-locking differentials and further went on tapered main transmission of each pair of wheels, which housed cross-axle differentials: the first and second bridges - high friction, third-and fourth - with automatic locking with the help of tooth-type couplings. Next torque propeller shaft was transmitted to the hub wheels with planetary reduction gears. Brakes on all wheels remained drum type, single-line pneumatic drive transfer case was placed side tape brake with manual control. four front wheels - independent lever-torsion telescopic double-acting hydraulic shock. The four at the rear , in pairs United onboard hard levers in the balance cart, were articulated connected to the frame without any elastic elements. Metal two-door four-seat cabin, weighing a total of 400 kg was supplied with sunroof and a spotlight on the roof, two heaters and individual driver's seat, adjustable in the longitudinal direction. Part 1-wire 24-volt shielded electric equipment consisted of four batteries, AC generator 1.5 kW with built-in rectifier and starter power 12 kW (15 HP). On the first tractors also stood chamber 24-layer 24-inch tires And-170. The system of regulation of pressure in the tires and staff winches were not on them. One or two spare wheels usually placed on free front (trunk) transport trailers.

Since 1965 till the beginning of 1980-ies the main modification MAZ-537 was reduced to elementary permutations of a number of secondary nodes, strengthening of one and the elimination of other unimportant details or to simplify the more important but unreliable and expensive. For example, the first massive pre-tank heater was replaced with a more compact version of the Odesa railway-600 capacity of 55 000 kcal/h, the number of lubrication points is reduced due to the introduction in the fuel pump running lubrication, two air filter replaced by one more effective, and one large compressor changed on two compact. In the system, steering hydraulic booster has a new oil tank, and in fuel tanks - ball drain spouts, to facilitate replacement tyre their stud fastening on rims replaced by keyhole, etc., In 1977, new full-flow oil filter with replaceable elements and thermostats with solid filler, and from 1979 to drive steering wheel all tractors instead of expensive hinges Bendix-Weiss» put normal cardan joint with a needle bearings. In 1980-ies was used new 24-ply tires VI-202-terrain with extended service life. By that time all the reserves of further small improvements have dried up, but the release of a rapidly ageing vehicles MAZ-537 continued, especially as the military, they were quite satisfied, because no other replacement for them simply did not exist.