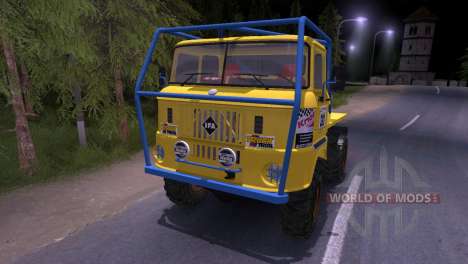 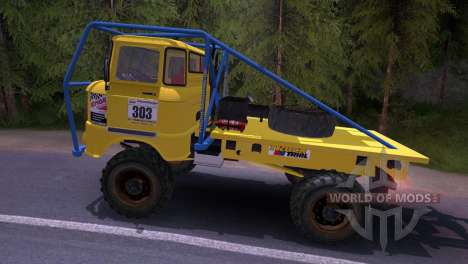 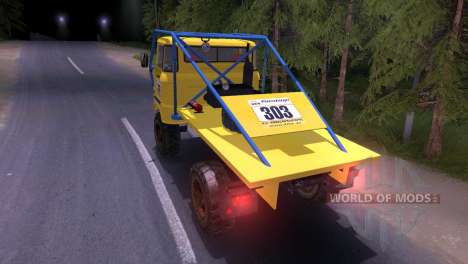 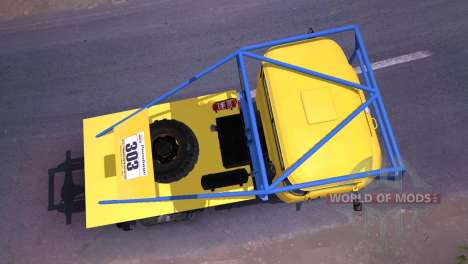 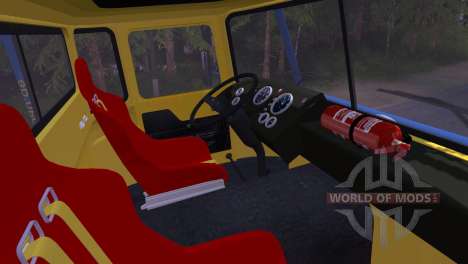 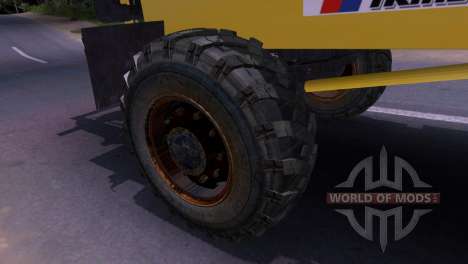 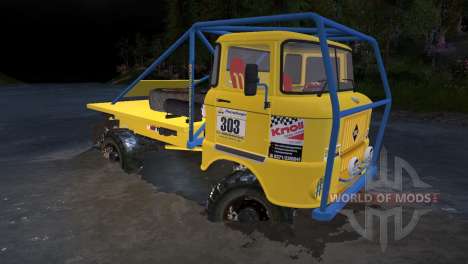 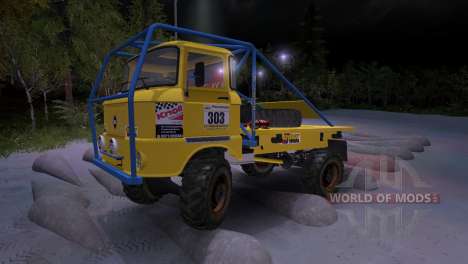 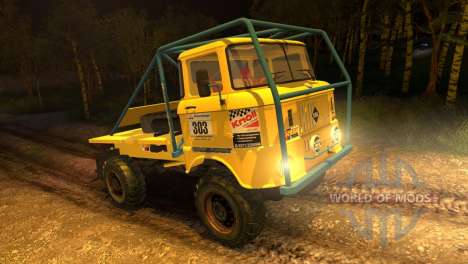 Mod contains off-road chassis for IFA W50, you can install the addon in the body of this truck. The mod contains new engine sounds.
So he took the mailbox, you must install the invisible addon Package pick up".

The correct name of this machine W50L as ELISA is the abbreviation of the Industrial Association of automakers of the GDR, and not the name of the plant, as many believe. This Association was included in almost all automotive plants in the territory of the GDR. The plant producing these trucks were in Ludwigsfelde, hence the letter L in the model index. Letter W meant that the city Werdau where the truck was developed, 50 - capacity centners (50 quintals or 5000 kg, that is 5 tons). The truck was originally equipped with a 4 cyl. vihrekamerny diesel engine capacity of 110 PS from the previous model S4000-1, then since 1967, it is the improved variant of four cylinder in-line diesel engine with direct injection of fuel licensed West German firms M.A.N with a capacity of 125 HP at 2,300 rpm, there were about 60 of various modifications of the truck(military, firefighters, construction and other special vehicles). The W50L there were two variants of the database: short length of 3200 mm and long - 3700 mm, respectively. Some versions were full drive, that raised his cross. Modification with drive 4x2 had no power steering. Crane-based W50L had allowable lifting capacity of 10 tons. In the variant of a lorry load saddle was 16 tons. In the former GDR this machine was the basis of Park of fire engines.
This truck is widespread not only in Germany, but in all the former socialist countries and in the countries of Asia, Africa and South America. One of the main buyers of cars of this model was the Soviet Union. In the USSR cars of this brand were delivered in the period from 1971 to 1988, mainly with an onboard automobile and building dump truck unloading on 3 sides and in the same trailer. Additionally, after various exhibitions of the equipment produced by the GDR in the USSR remained exhibits specialized vehicles on the chassis of the trucks.
Despite its rather high technical characteristics to the beginning of the 1980s, the truck already significantly morally obsolete. The company worked on replacing the outdated, but further prototypes matter did not advance. Only at the end of the GDR in 1987 was provided with a more powerful variant L60, but in fact it was the same truck but with greater carrying capacity and a more powerful engine. With the unification of the two Germanies in a single state and the collapse of the socialist camp as a major customer, the production of obsolete products obsolete. In 1990 the plant in Ludwigsfelde returned it the once former owner of the concern " Daimler-Benz". For some time the new owners of the plant tried to update produced a model L60 selecting it from the cargo cabin of the family, "Mercedes-Benz" LN2, but by the mid-1990s, the enterprise turned to the issue of own products of the concern.