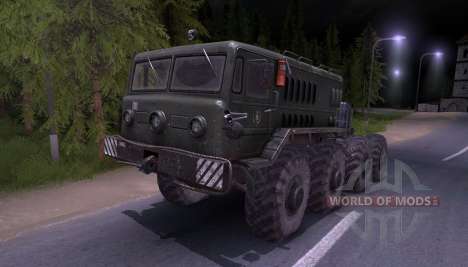 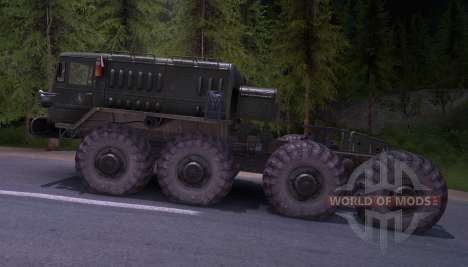 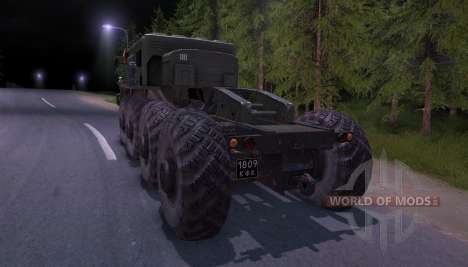 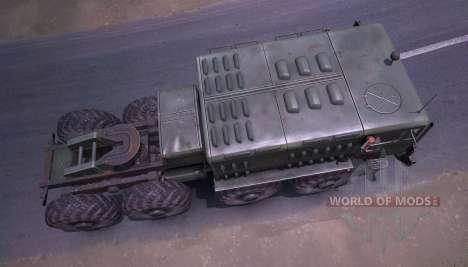 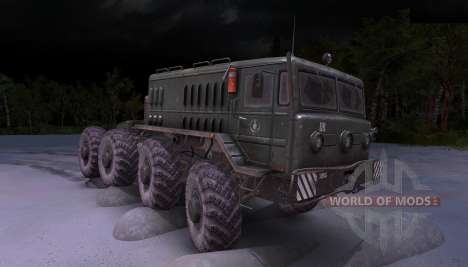 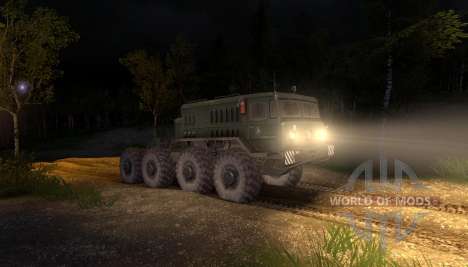 MAZ-535 to Spin Tires-2011 Level Up. For the transport of goods, you must install the addon Kraz Platform or Covered Platform.

MAZ-535 is a family of heavy wheel (8 × 8) vehicles-tractor developed in 1954-1959, SKB Minsk Automobile plant under the direction of b. l. Shaposhnikov. From 1958 to 1961 year were produced in the Minsk Automobile plant, in 1961, the production was moved to the Kurgan plant of wheeled tractors, where MAZ-535 were issued until 1964, when they were replaced by the more powerful tractors MAZ-537.
Maz-535 design had a number of different technical solutions, including: trough-like frame with Z-shaped longerons, independent suspension on all wheels, odnoskatnyh leading rack arrangement of axles steered wheels of the front carriages, central tire inflation system, Hydromechanical transmission, between axes des mežkolësnye and self-locking differentials, all-metal 4-bed cabin, power steering, pneumohydraulic brake system, as well as a third headlight illumination at the center of the cockpit to use the night vision device.
Tractors MAZ-535 were widely used in missile troops of the Reserve of the Supreme high command to transport ballistic missiles. This is how his could be observed during the numerous military parades in red square. Based on the MAZ-535B were created by experienced launchers tactical missiles Onega and Ladoga, MAZ-535V haul launchers operative-tactical missile complex "temp" and unmanned aircraft Tupolev Tu-123 and 121 (CPA "Hawk-1").