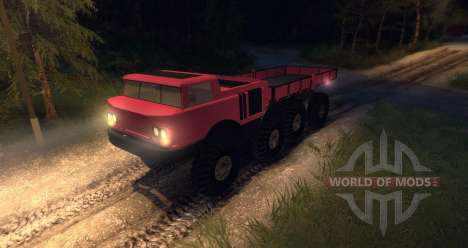 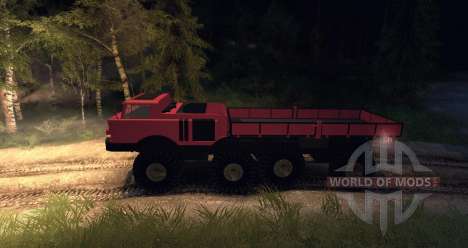 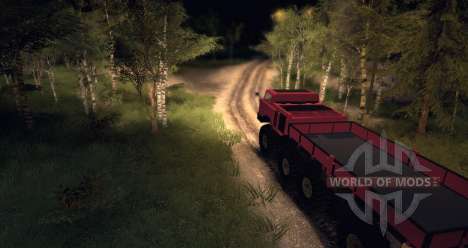 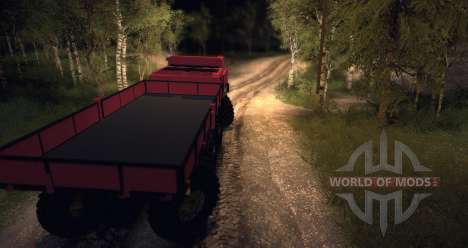 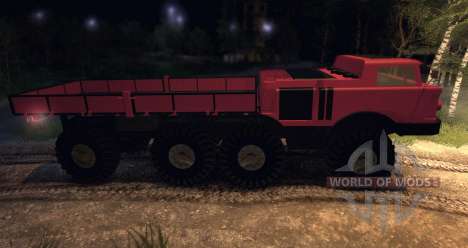 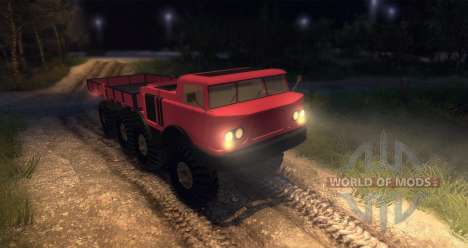 ZIL 135 to Spin Tires 2011 Level Up. MOD contains new engine sounds. The vehicle is based on the addon.

The ZIL-135 is a family of Soviet 4-axis military trucks, includes more than twenty different modifications. The ZIL-135 was originally designed as a transport truck for towing artillery in a special design Bureau led by Zila in a. Gracheva in early 1960 's.
Machine oborudovalas′ two engines ZIL-123F power 120 HP each, mounted behind the cab (following models of car ZIL-375 engines were used). Each engine drove the wheels of his side that has additional reliability. Because of the use of low pressure tyres, as well as to minimize the weight of the machine, the designers decided to abandon the elastic suspension as such, subsequently for models 135L/lumen for elimination of galloping (longitudinal rocking), which were the previous machine 135-family, decided to back an independent torsion suspension with hydraulic shock per wheel extreme bridges while maintaining rigid attachment to frame two high bridges. Wheels extreme axes are turning. Other options, including dimensions, capacity, design of the suspension, the ability to swim, wheelbase, etc., widely varied from one model to another.