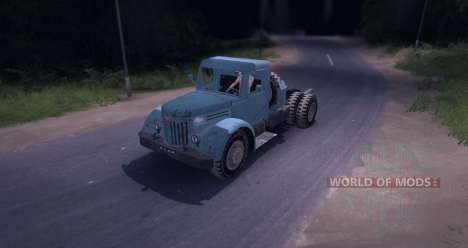 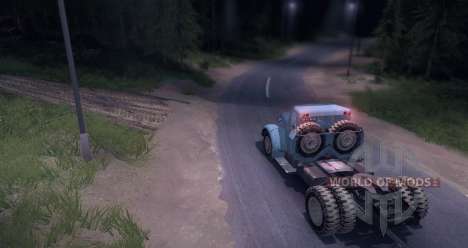 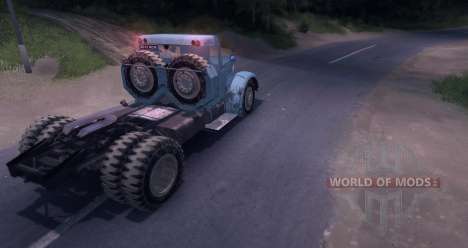 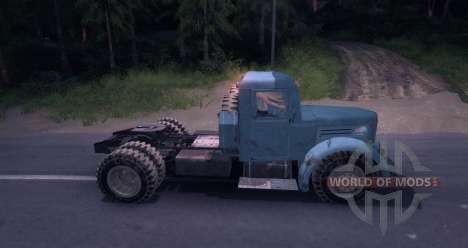 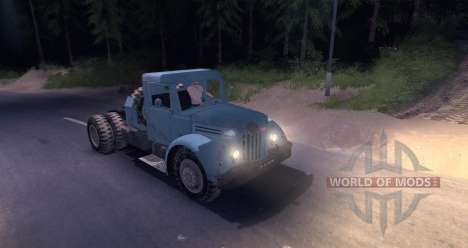 MAZ 200V to Spin Tires 2011 Level Up. Old MAZ, which contains one addon in the form of cabins and new engine sounds.

MAZ-200 was a Soviet truck produced by Minsk Automobile plant. The production transferred to the Yaroslavl Motor Plant (YAZ-200), prototypes created in 1944-1945. February 10, 1951, after entering the second phase of the factory, mass production. There were released 230000 copies all modifications.

Maz-200 operated in virtually all parts of the SOVIET UNION and in the countries of the third world. In particular the cancellation machines in the USSR occurred in the mid to late 70 's, but individual fleets operated by a major overhaul of MAZ-200 and in the 80 's.