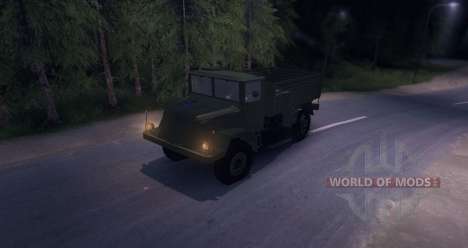 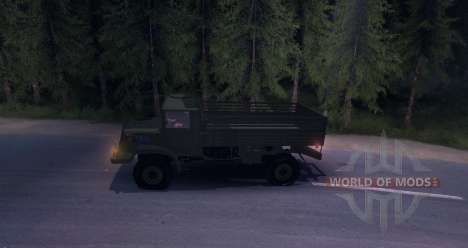 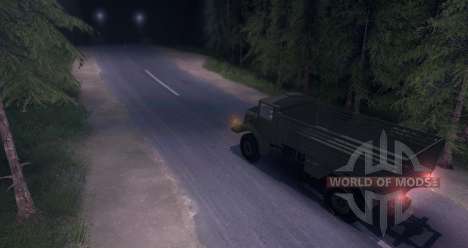 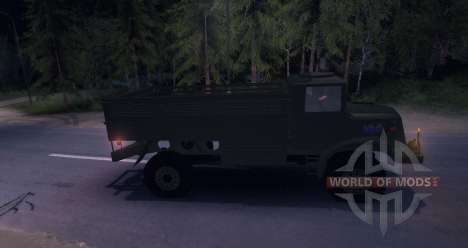 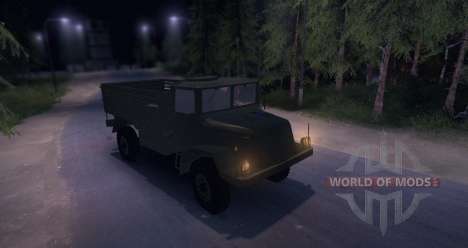 Tatra 128 FULL Spin Tires Level Up to 2011. MOD contains new sounds and one addon-the body and the cab of the truck, set on a bare chassis.

Tatra-128-two-axle version of the Tatra-111.
The engine had separate cylinders with individual heads, allowing in the future a lot of modifications with different numbers of cylinders with a high degree of uniformity. Thus, in 1951, there was a two-axle Tatra-128 with 8-cylinder version of the engine, and the six-cylinder in-line version was installed on Praga V3S truck that served as the base for the Czech variant of the Grad, and the US is better known for its established mobile x-ray labs, which travelled in the Soviet school each year to take chest x-rays.