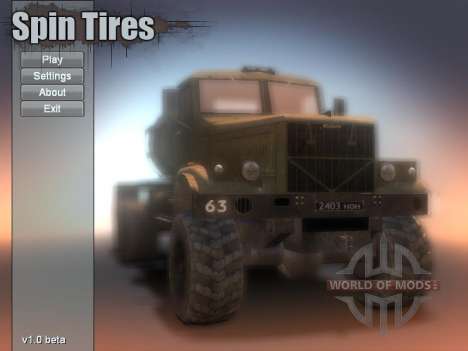 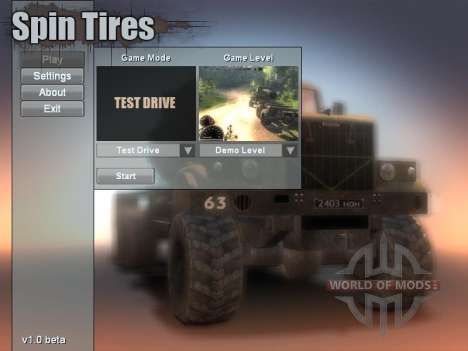 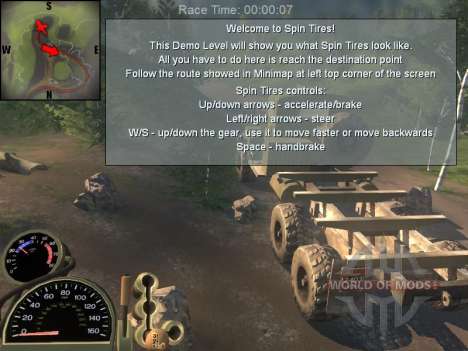 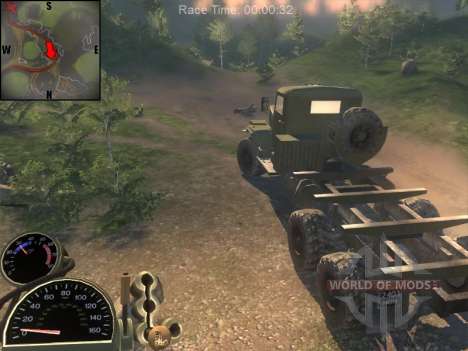 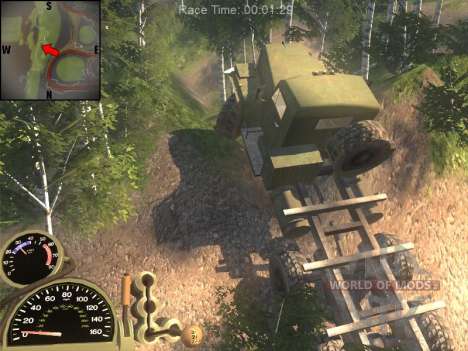 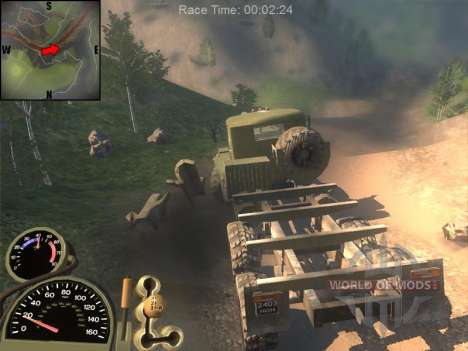 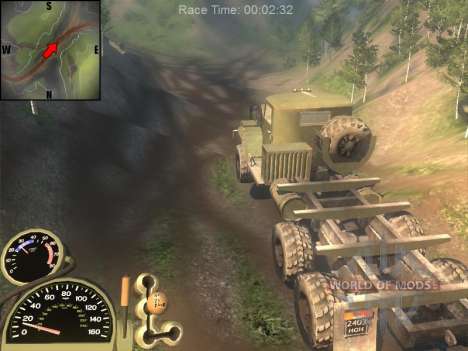 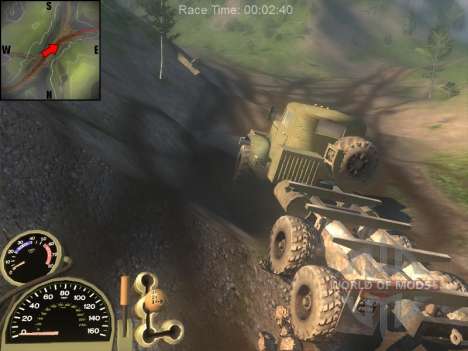 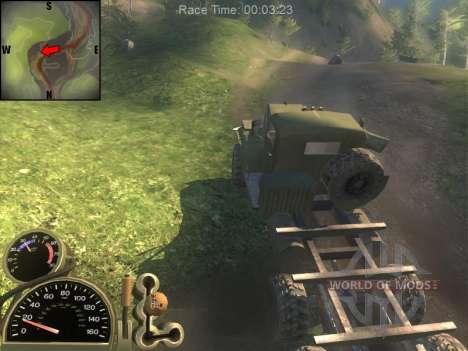 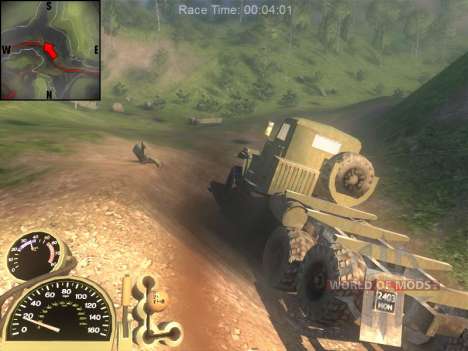 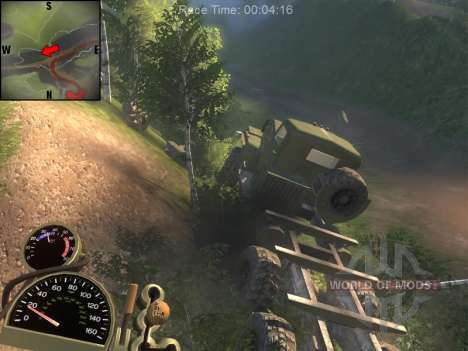 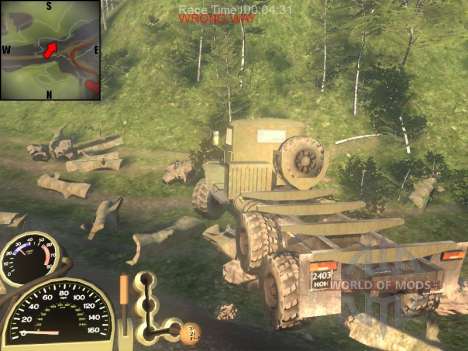 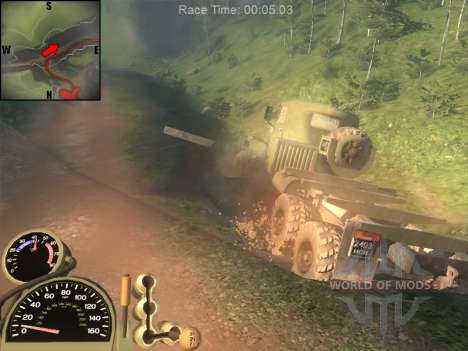 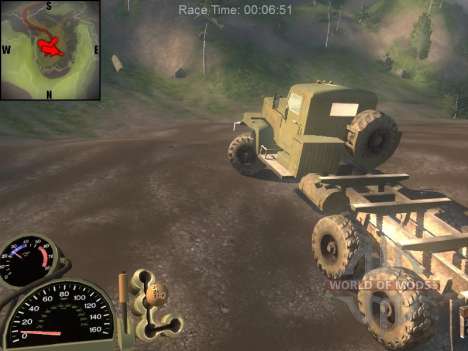 Spin Tires v1.0 beta (2009) Demo Level simulator terrain. In this Demo version Spin Tires need to pass a line at a time, the truth is definitely the route itself is not there.

In this version, only one military KrAZ with the state number 2403 NON, which should overcome the route on rough terrain.

The game is very realistic physics behavior of the car. Well seen, how the suspension of the truck, like a wheel diagonally posted on irregularities and slip on loose ground, as they elaborate springs. And swung a car you can even enter in resonance fastened on the back of the cab, spare wheel.

Track impossible to pass without felled with a dozen trees and leaving deep ruts on already killed, and bumpy road.

Installation:
- Extract from the archive and run the file Setup.msi;
- Follow the directions of the installer of the game;
- At the end of the game installer will be installed on your computer and you will only start the game by clicking on the file SpinTires.exe in the game folder.