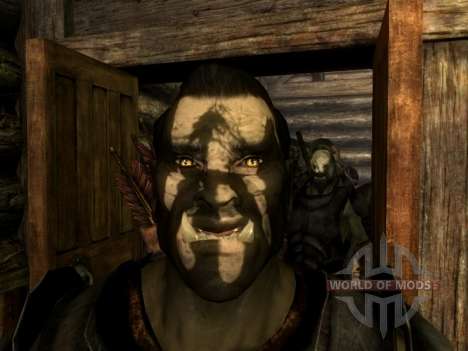 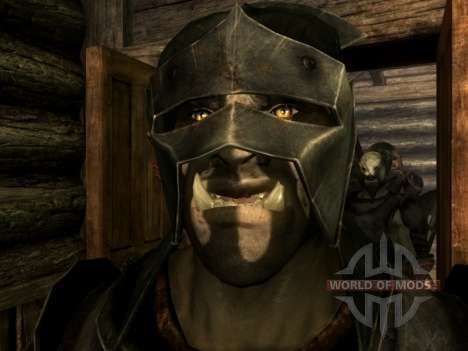 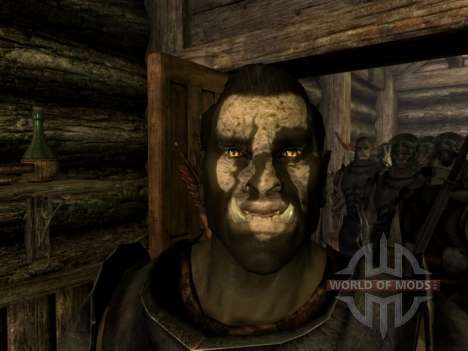 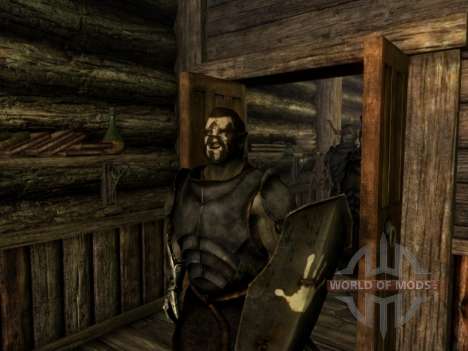 MOD adds satellite ORC named Lurz, who founded the Uruk-Hai Commander from the first film of the Lord of the rings.

Specializes in archery, odnoručnom weapons and heavy armor.
It has a large number of lives, but he's not immortal.

These face paints do not have a normal map currently, I would like to make a request for somebody to do one?

Possible bug with that battle coloring appears in your character. It is treated by the person generating menu via the console ("show facegenmenu") and a new facial coloring.