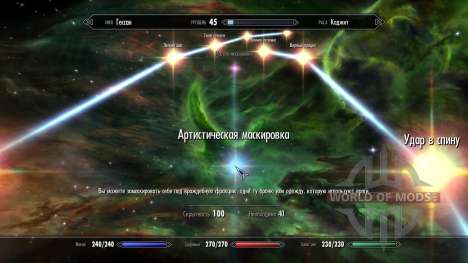 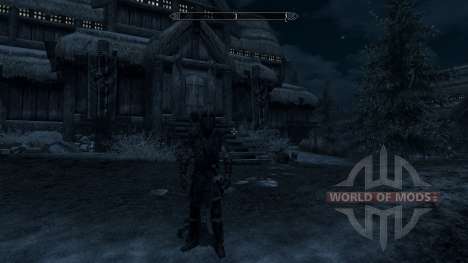 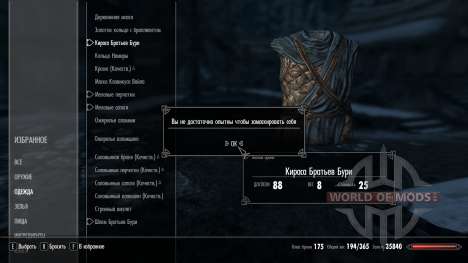 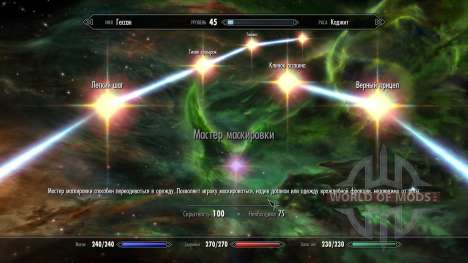 Have you ever wanted to return to Whiterun after the murder of some important person and not to be arrested? Or, perhaps you want to live with the bandits?

Features:
- Armor can be equipped in any order.
Requires new perk of branches stealth "Artistic masking"
- When you attack any enemy you will be recognized.
- The player can escape and be unnoticed.
- You can't get away in time of battle, it'll find you out and will pursue.
- Removing any part of the reservation will lead to hostility from the NPC.
- For Magicians, Sorcerers and Thalmor: the Players must wear hoods to clothing to be disguised.
- After re-hide, if the enemy initially remained alive after the attack, he will not be another.

To make the script changes to a new disguise changes is free all their slots with clothes and wait at least 24 hours before game time. Then you will be able to use camouflage clothing above factions, wearing a helmet, or a cuirass. Boots and gloves to hide you will not.