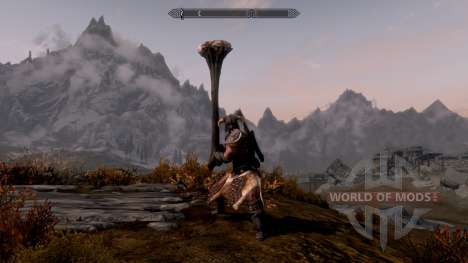 Adds, but rather makes playable previously unavailable cudgel giant. To obtain it, killing the giant, near the burned house, in the district of Whiterun. Important: you will be just one, but a giant can revive after a while that it is not very likely, but you will be able to get another cudgel, and then another.