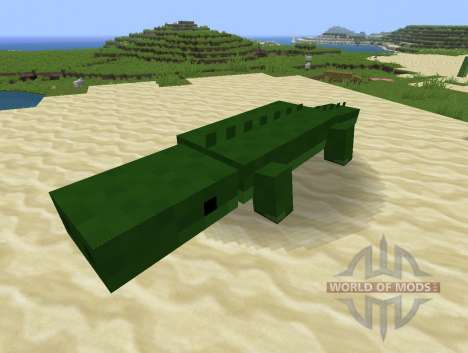 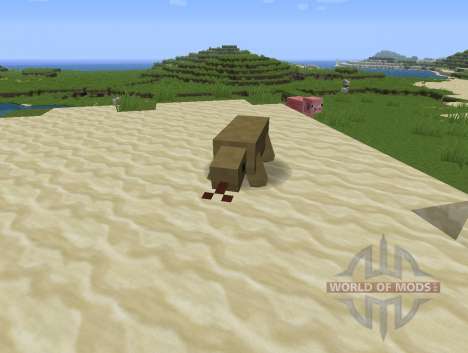 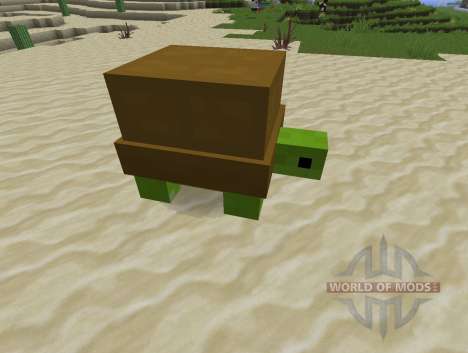 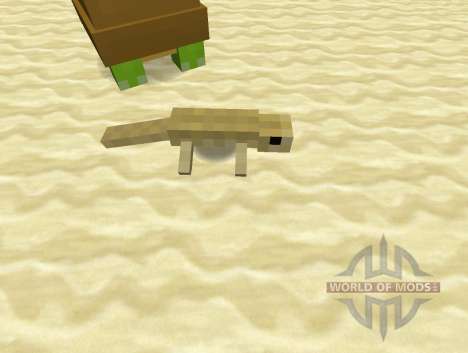 Giant tortoise:
Giant tortoise which moved very slowly and you will have the opportunity to ride her. The turtle has 12 units of life (6 hearts). The mob has 4 different types: Galapagos tortoise, green, black and yellow. With turtles falls. It is found in forest, on the beach and in the jungle.

Crocodile:
Crocodile-hostile mod that will try to kill you. The crocodile has 30 health units (15 hearts) and it can drop its skin. The Croc 2. Plain green crocodile deals damage equal to-2.5 hearts, and Alligator-4 cardiac arrest. It is found in swamps and Jungles.

Komodo:
Komodo-passive mob who doesn't attack you until then, until you will not touch it. Has the ability to spit venom and blows the 20 pounds (10 of hearts) you can drop your eyes. Mobile only one type, Brown. It is found in the deserts.

Lizard:
The lizard is also passive mob to kill you in a matter of seconds because of the fact that they roam their flight. It has 14 lives (6 hearts) and you can drop out of it. It is found in the deserts.

Gila monster:
Gila-Monster-mob that attacks on you all the time. Can kill you shooting for 2 units of life, and has the ability to blind you within 14 seconds. It has 20 units (10 hearts). Eye drop is possible, and has only 1 appearance. It is found in the deserts.