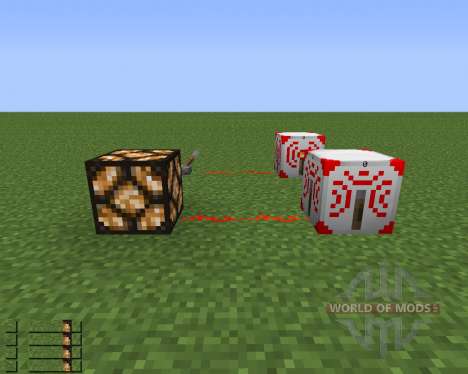 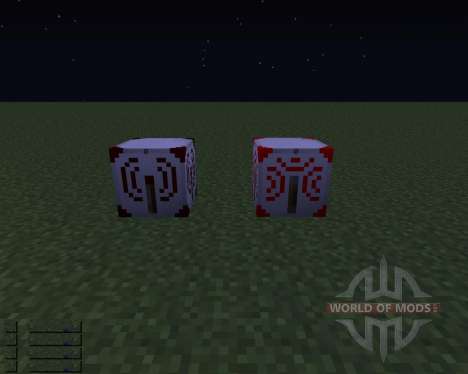 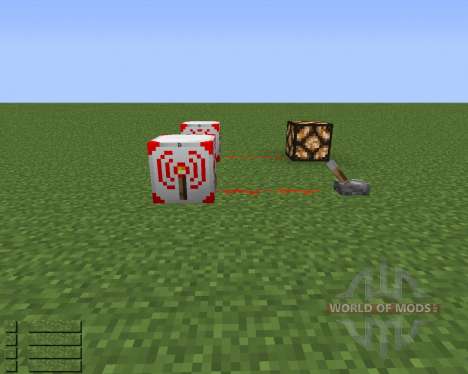 Wireless Redstone Mod mod for the game Minecraft, will add to the game the possibility of transferring the Redstone signal at a distance.

With the mod added two things: the transmitter, which transmits a wireless signal Redstone and receiver, which receives this signal. To try out all this, it is enough to spend two tracks of Redstone lever to the transmitter.